While perhaps it seems obvious that energy constrains production (talking here about GDP specifically), many economists don't appear see it that way. In fact, in my research I have repeatedly encountered two competing narratives on the relation between energy and economics, in particular when it comes to economic growth and whether it is finite. Needless to say, the view on this shapes options for future action.

On the one hand there are those who believe that we can decouple our energy consumption from GDP, such that we are both emitting less and find ourselves less reliant on fossil energy inputs. On the other hand, there are those who say exactly the opposite. To paraphrase the polarizing Jean-Marc Jancovici (Source), energy = economics. Put differently, economies are a subsystem of the biophysical world and an economy's scale depends on energy throughput and its transformation. Furthermore, there is a limit to the scale of energy throughput, such that economic production is also limited. To be clear on my own position, I tend to agree with the ecological economics point of view that an economy's scale depends on its energy throughput, and that there are limits to this.

In this post I focus on the scale of energy consumption in relation to economic scale as measured by throughput (GDP). My motivation for this post is to contrast both claims on the energy intensity of GDP, and show that evidence used to support the decoupling perspective is merely an artifact of how energy is measured.

The narrative of decoupling proposes that over time we can drastically reduce production's dependence on energy, by two avenues:

In an effort to support this argument, people have devised a measurement for decoupling. Enter the energy intensity of GDP, which represents the amount of energy in joules consumed per unit of GDP, measured in USD. In most articles, the definition of what type of energy is consumed is implicit and refers to primary energy carriers. Primary energy carriers are the raw materials mined and used by the energy sector (add in renewables comment). These include coal, crude oil, nuclear material and natural gas. Typically they are aggregated into kilo tonnes of oil equivalent (ktoe) or joules. Figure 1 shows the "classic decoupling graph" on the top and a breakdown of the composition of primary energy sources below.

The top panel of Figure 1 shows a clear downward trend in global primary energy consumption per unit of GDP since 1970, from slightly more than 11 megajoules (MJ) per USD GDP down to slightly below 7 today. Overall there is a consistent downward trend of close to 0.1 MJ per USD per year, with little variation. Arriving at the decoupling argument is not too difficult; based on this graph, it requires extrapolating the observed trend into the future. Based on this trend, one can argue that with our technological advances we may eventually require close to no primary energy to generate GDP. Thus it seems like we can continue growing GDP indefinitely while reducing our energy exposure and carbon emissions from burning fossil fuels, as it depends less and less on energy.

At this point most people seem to stop their argument, but we can go a little deeper here with regards to how we measure energy and how far technology can go.

Considering energy carriers and useful work intensities of GDP is also important because of the losses in energy carrier transformation. In each of these transformations, there is a loss of energy in the form of waste–the most common being heat. Your car's engine heats up while burning fuel, but this heat isn't useful to you or your car, while the kinetic energy that propels you is. The interesting aspect here is that there are physical limits to these conversion efficiencies. Taking again the combustion engine, in the most ideal physical conditions, there is a limit of ~65% conversion (Source), with normal vehicles sitting at around 30%  and diesel engines at 45%.

Figure 3 already paints a different picture than Figure 1: there is no clear downward trend in the electricity-intensity of GDP. Instead we see a lot of variation around a roughly constant mean of 1.175 megajoules of electricity per dollar of GDP. This implies that if we continue to pursue growth in GDP we would need to appropriately scale the electricity supply. Whether this is possible using only renewable technologies remains to be seen.

Electricity is one of many different energy carriers that also include heat, mechanical drive, light, and muscle work amongst others. Developing a precise measurement that aggregates useful work at the level of an economy may be impossible (see Giampietro et al 2012, 2013). The reason being that there are both many detailed processes, and forms of energy (such as heat and mechanical drive) are not really comparable. However, as we are interested here in the idea of decoupling, we need only an estimate, which is provided by the work of Robert Ayres and Benjamin Warr (2005, 2006, 2010, 2013), who study the cases of Austria, Japan, the US and UK. They group the primary energy services by their use in providing energy services available to final users: heat (low, medium, high), light, mechanical drive, electrical power, and muscle work. They then convert these into measures of total useful work by apply estimated conversion efficiencies. Figure 4 shows how the composition of useful work has changed for the four countries in consideration. We can note that each of these countries underwent different periods of development, but have a similar distribution of useful work shares in 2000.

To arrive at an aggregated measure, Ayres and Warr apply estimated conversion efficiencies between primary energy carriers and the useful work categories depending on their end-use. Returning to our discussion of the useful work-intensity of GDP, we arrive at Figure 5 which shows the trajectory from 1900 to 2000. In the words of Ayres and Warr: "these indicators describe the energy (or work) input required per unit of GDP produced and as such provide an intensive measure of progress on the economic efficiency of energy use"

Like Figure 3 with shows the global level, there is no strong case to be made for any form of decoupling at the country level. In fact there is a quite fascinating increase in the useful work intensity of GDP from the period between the Second World War until the 1970s, suggesting strong productivity losses across the board in these countries.  The reasoning for this is likely the "wastefulness" with which primary energy carriers were used. According to Ayres and Warr, the turning point in the 1970s was due to (1) the increase in process efficiency (e.g. fuel limitations on cars) and behavioral change in response to the oil price shocks, and (2) the growth of "domestically highly productive but less energy intensive service sectors" and the off-shoring of heavy energy-intensive industries. Thus, while global data is not available, one might imagine that other countries have maintained a high useful work-intensity, averaging out globally.

For the four countries above, we do see a stable intensity between 1.5 and 2 terrajoules of useful work per unit GDP since the 1980s. This possibly being a reflection of the Jevon's paradox or 'rebound effect', where any gains in efficiency are met by resulting increases in demand. Of course, as compared to the global results presented earlier, these results should be taken with a grain of salt as they are only for four countries, which share certain similarities and interact with the rest of the planet. Only at the global scale do we have a "closed system" where shifts in the geographic location, such as those of heavy energy-intensive industries, do not affect our conclusions.

So where does this leave us? It implies that over time, we have become more efficient in converting primary energy sources into energy carriers (decreasing intensity). Either by wasting less in the process of conversion (e.g. the burning of coal) or the delivery of the end-products (better energy infrastructure). But at the point of use, there is no significant evidence for decoupling, but rather the reverse, it appears that the energy-intensities are quite tightly coupled to the scale of economic throughput at a global level (electricity-intensity) and even at the country-level (convergence of useful-work intensity).

Naturally, this post touches only lightly on the interrelations between energy and economics, and follow-up questions abound. These include if energy and economic scale are so tightly couple, is energy also the cause of changes in economic scale (and recessions) as some claim? What describes the variations in the energy carrier and useful work intensities of economic scale? Have we exhausted conversion efficiencies and aprimary energy supply scale? Can we supply sufficient energy carriers by renewable means to cope with the increase of energy demand as countries grow their economic throughput. Last but very much not least, I have only touched on a few energy forms explicitly. Agriculture and food production is another large area I have left untouched (though it is part of the useful work estimates). I hope to address some of these questions in upcoming posts. Stay tuned and thanks for reading. 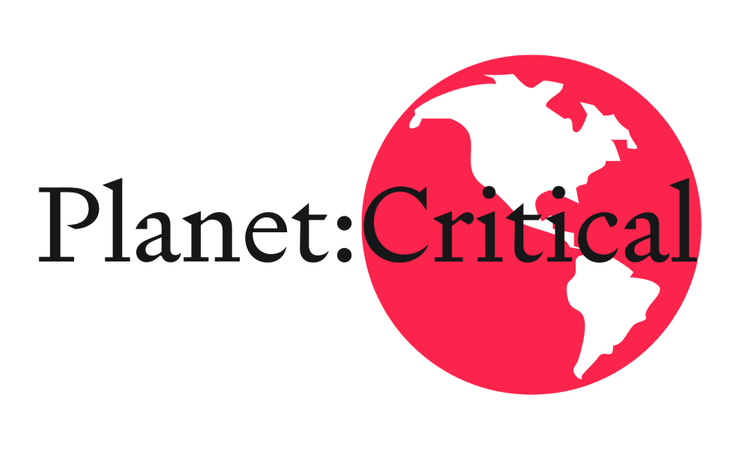